If you have an interest in reading, either hard copy or ebook, you may wish to let other people know what you think about the latest book you have read. Why not register on this site and add your review to this page. You may be interested in goodreads.com a book review website. 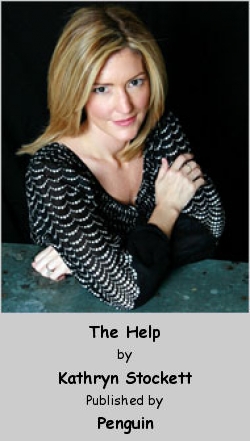 Set in Jackson, Mississippi, 1962 a time of racial segregation, Martin Luther King and when black maids raise white children but aren't trusted not to steal the silver..... The story centres on Miss Skeeter, home from college and wanting to know why her beloved maid is no longer there and Minny and Aibileen. Aibileen is caring for her seventeenth white child while trying to come to terms with her own son's death. Minny is renowned for her cooking and her loose tongue. The women form a friendship and cross boundaries in search of the truth and in publishing their stories. The book is compelling, heartbreaking and very funny. Don't be put off by the style of writing in the opening chapter - it draws you into the world of okra and fried chicken. A must read.

Billy Harper is recovering from a shattered life and meets up with a small girl who feels no pain. At first he thinks she may be an alien, but when the military become very interested in her condition, a whole series of bizare adventures begin. Billy ends up fighting against the military to help save the girl from a fate worse than death. Follow the link above to see more about this fascinating book. Yet another almost feasible scenario that keeps you on the edge of your chair. This book is free to Amazon Kindle users.

If you are interested in the workings of the financial markets and have a leaning towards computers, then this is a book that you will find hard to put down once you've started. Every page has a new twist, making you want to continue reading. It relates to a new computer program for playing the stock markets, which mysteriously gets out of hand and begins to affect the inventor of the program in a disturbing way. Very typical of Robert Harris and well up to his usual standard. 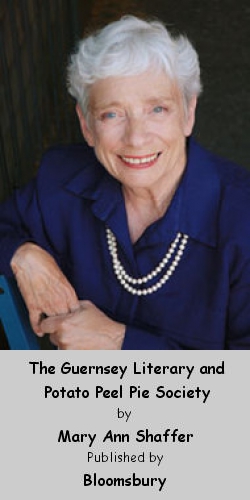 An absolute gem and one to curl up with. In 1946 Juliet Ashton, an authoress, receives a letter out of the blue from Dawsey Adams who lives on Guernsey. He has got one of Juliet's books and they start corresponding. Juliet learns that Dawsey is a member of the Guernsey Literary and Potato Peel Pie Society and her curiosity is roused. She starts to receive letters from other members telling her about life in Guernsey under German Occupation and she discovers that the society is every bit as extraordinary as its name. A book to lift the spirits during these dull days of winter. 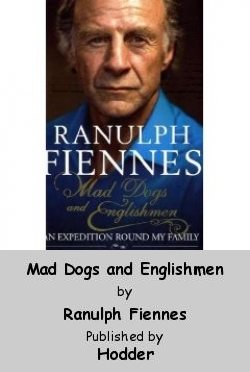 Ranulph Fienes is more famous for his daring adventures around the world. This book, subtitled 'An Expedition round my Family' is a far cry from such exploits. His family has been hob-nobbing with royalty ever since the Norman Conquest, and this book follows his family's exploits from those times to the present day. Although he uses his family as a thread to connect all the monarchs of Britain, it is more like a history of the British royal family, but written in an easy to read style. So, for those who have an interest in the Royal Family is its broadest sense but who could never get to grips with the tedium of history lessons at school, this book is for you. You will come away with a fuller understanding as to why the British are 'BRITISH'. 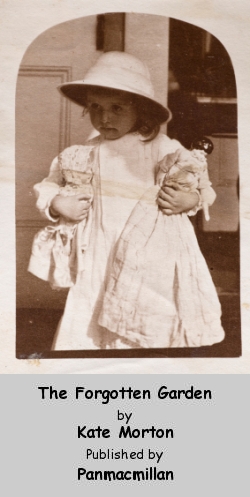 Another great read. Don't pick this book up if you have other important things to do because once you've started to read it you will not want to put it down. On the eve of the First World war a small girl is found abandoned after a terrible sea journey from England to Australia. In 2005, on her death, her granddaughter Cassandra inherits Cliff Cottage in the grounds of Blackhurst Manor in Cornwall. The manor is notorious among locals for the secrets it holds about the Mountrachet family. Cassandra comes to England and discovers the truth about her family and why her grandmother was abandoned all those years ago. 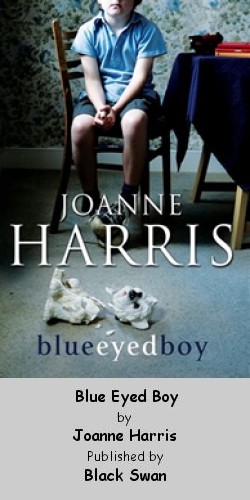 The current popularity of chat sites and blogs and twitter makes this novel a very chilling read. B.B is 42 years old and lives with his mother. He lives his social life through a website called 'badguysrock', where he stalks Albertine. They both have troubled pasts and B.B plays out dark murder fantasies, especially about his mother. Fact and fiction become intertwined in this psychological thriller. It is creepy, full of suspense with an unexpected twist in the plot right at the very end.